Humans have been altering the climate for a long time – but how long, exactly? This question is central to the Anthropocene debate. When did the human population collectively achieve colossal power that can be equated with geologic power? Was it at the start of the Industrial Revolution? Back during the Agricultural Revolution? And how on earth do climatologists pinpoint a date? This week, producer and resident paleoclimatologist Mike Osborne looks at two inflection points in human activity. Mike first discusses research on the global impact of Industrial Era emissions (newly published in ‘Nature’!) with scientists Nerilie Abram and Kaustubh Thirumalai. He then takes a step back in Earth’s history to the early Agricultural Revolution, and climate scientist Bill Ruddiman’s early Anthropocene hypothesis.

Generation Anthropocene is supported by: 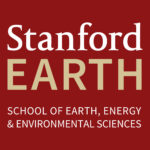